This is part three of the Quantum Leap article. It contains in a way the actual leap itself, although there are many variations to this theme. This one stands for one has to actually do it, create it in preparation, and create it on the actual ground. Go for it. But also, it stands for a leap in faith. Because when designing a hectare, either in your thoughts, on paper, or on the plot of land itself, we oftentimes do not know the outcome.

New way of living
It might come to realisation in a month time, but it might also take many years for the completion of such undertaking. Many other people might need to be involved in order to accomplish things. Individuals could even work on different pieces of the puzzle.

This is also for co-creating a hectare village and for society at large. We all have different talents, resources and insights. And we’ve got to use that to our advantage. For sure, co-creating and living on an actual hectare of land in a hectare village, does evolve to a new way of living, and is a bit of an adventure!

CREATING YOUR HECTARE
And sometimes, life is also what happens to us while we’re making other plans. This means we have to stick to our goals and be creative and flexible at the same time. And sometimes we have to be patient, while at other times we have to go full swing and accelerate! Therefore we can only do the best we can, and start from where we are, with the means that we have!

In general
How the common center of a hectare village is designed, the size and shape of it, is determined by the initiators of the village. And of course, every future inhabitant is free to choose for themselves how to design their hectare and landscape. This is also emphasized in the original Anastasia & Ringing Cedars Of Russia books. And this is also what this website refers to if one hasn’t read these books yet! 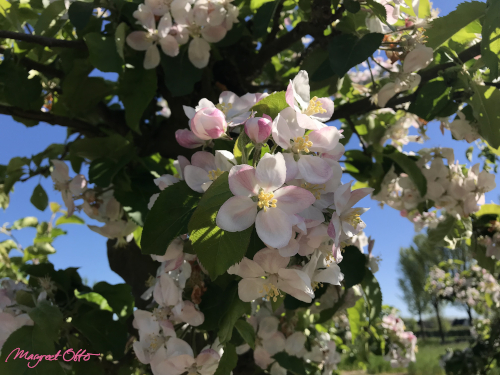 The Outline and The Forest
For the Earth Hectare Grid project, the major focus is the outlines of the hectares, which are a living green, and the one quart hectare forest on each hectare. Both are planted by the people and families living happily on the land. However, in order to determine the outline, it’s shape and garment if you will, and your choice of forest, one has to start from the heart.

Freedom for everyone
How this is accomplished, is ofcourse everybodies own personal choice. And this is also the reason why the Earth Hectare Grid has decided to let go of a worldwide pre-established pattern such as a flower of life pattern. Even when this is the favorite of the majority. Why? Well, we’ve got to give the very few their freedom of choice and expresson too. 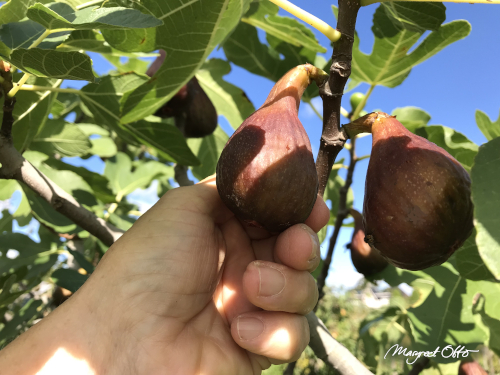 Creativity and Abundance
This is what creates creativity and abundance on all levels in life. Ofcourse there needs to be some sort of societal structure, laws, legislation and coöperation. We need to acknowledge we’re part of a whole system and are an entire human race, where the very few can not determine for others how to live and take all the resources from them, AND vice versa. Vice Versa means here that in a political democratic system, the majority of 50+1 vote, will not decide over the lives of the 49% voters. No more! We could conclude that even creativity and abundance will have their boundaries, and this is where ethics come into play.

Your choice
Therefore, the choice for the shape of ones kindomain, or even of an entire hectare village, should be decided upon by each citizen and initiators of a hectare village theirselves! By voting, the majority will determine the outcome. BUT all different opinions and deviations need to be documented too, responded to and acted upon. All voices need to be heard and registered.

Also, it is important to mention that kin domains and settlements might spontaneously grow wherever such possibillities occur. Thus depending on the landscape and the situation one is in, the hectare might be build in already existing forms, or in desired new forms. 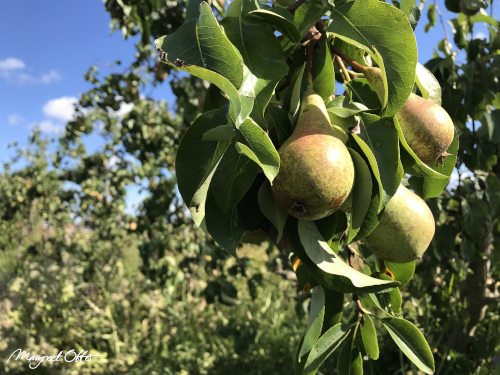 The Hectare Village
What to do if we have no land ourselves yet? In order to design our own hectare of land, we might want to think where we want to live. And in what type of village we would want to live. Because the climate and structure of the land as well as the villages shape, will influence our design.

Therefore it would be interesting to let our thoughts go over it for a while. For this purpose we focus on a design of a maximum of 150 hectares within the village. Below is an example of how one can go about it. It is according a design of the late Lex Veelo. It was his idea to format hectares in hexagonal shapes.

And this is his original design for such hectare village (planned in the Netherlands), which he drafted in the first decade of this 21th century. He called it ‘Anastasia Village’ back then. Once the outlines and designs of the hectares are grown in a lush green, a blooming flower of life pattern will emerge. 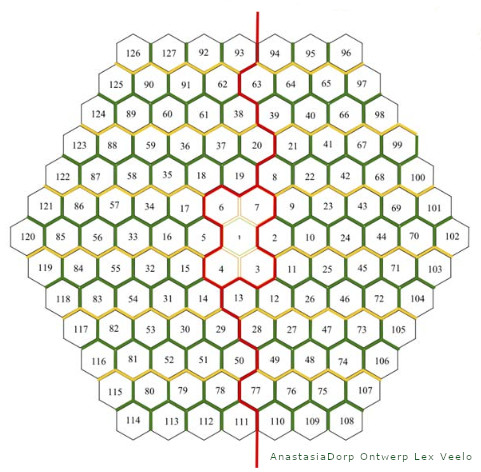 Pointing upwards
As you can see, all hectare parcels embedded in this Flower of Life Village (FLV), are facing north with one of their six outer corners. Thus its opposit corners are facing south. When a line is drawn we can call it the north-south axis. 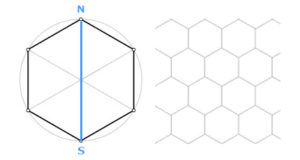 Together they form a ‘standing’ pattern, just as the honeycomb when bees build it naturally theirselves. If all these hectare fields are formatted in a larger shape, it can become a larger hexagonal form as well, but now in a ‘laying’ horizontal position. It looks like the shape has rotated by a quarter turn. This is now the shape of the hectare village at large. This is clearly visible in the hectare village design of mr. Veelo. 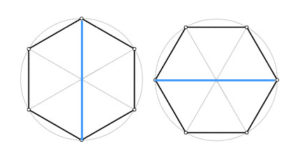 Natural growth
When the numbering of the hectares is followed, one can see how mr. Veelo has actually positioned them in a circular fractal movement. The numbering starts with one from the center going outwards. I would actually start numbering with a zero for the central hectare.

And then the next hectares might be from 1 to 6 being the surrounding center hectares (within a village of close to 100 hectares). In case of a village of 150 hectares, the center will consist of 10 1/2 (or 11) hectares, where four of them are positioned in a 2nd ring, which I would put in a ‘plus’ shape hen. Interestingly, counting from the middle also resonates with the fractal principle of a flower of life pattern. This spirals in or out. 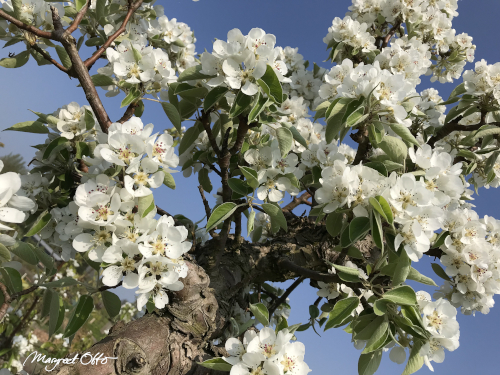 Advantages Lay-Out
There might be advantages to villages that are build with this lay-out. One of them is that they can grow from a small settlement of only a few hectares, to the largest possible size smoothly. This happens in a natural evolving manner. Because the structure of the pattern enables expansion with easy adjustment in those cases where hectare parcels are added later on.

It is because the outline of the hexagonal shape of the city itself remains more or less intact as long as one adds hectares in a fractal following order around it. Thus the design allows the village to grow in a gradual ‘organic’ way up to a 150 hectares maximum.

Naturally evolving
Such naturally evolving growth of a village might occur for instance when there are already hectares managed at a certain location, but the owners decide to adjust or alter them to kin-domains or hectare-units. This might attract new inhabitants and villagers who want to join them and this way of living. 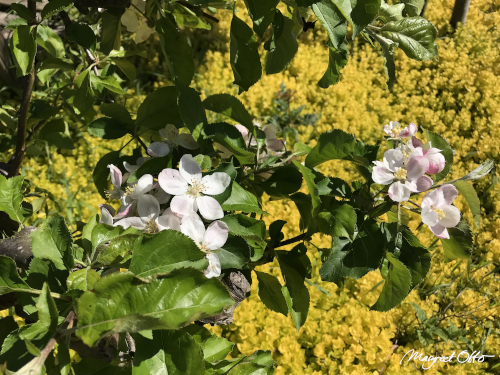 Thus a new village might slowly emerge around an already existing situation. It can also occur when a small hectare settlement grows taller rapidly, because all of a sudden more people want to live in that village or on that location (to a maximum of 150 hectares per village).

New Design
The village design by Lex Veelo is a relatively ‘simple’ basic lay-out, although genious in itself. It is because there are actually many possibilities to design such village further and even more advanced, although some will remain preferring its simplicity. Others might want to create new features, such as an asphalted ring road around the village, and parking facilities on both sides. 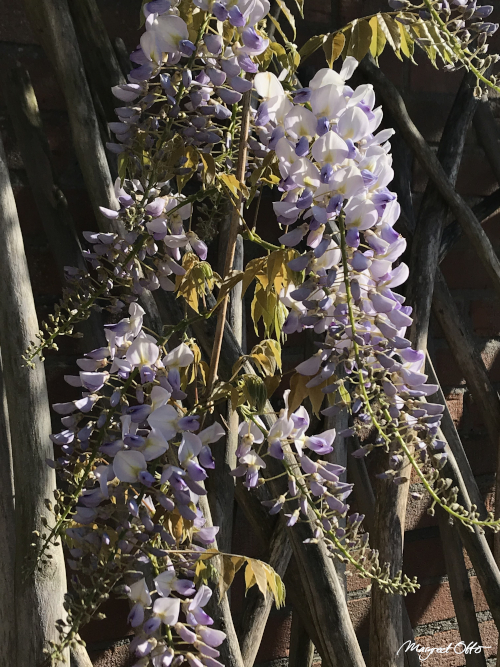 A number of wider tarmac back roads going inward the village are also an option, the latter only used by its inhabitants, or destination traffic, such as farmer’s trackers, or tourism with an electric bus every hour.

Even horses with a chariot might be an option. (We’ve got to provide for tourists and vacationers what they want). Destination traffic can also be traffic for a larger building that is build in the city center, such as a conference center where the village attracts more people from outside the village for a temporary stay. 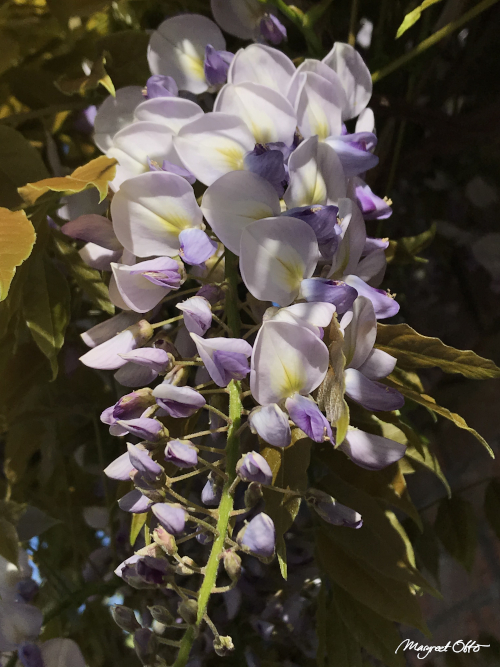 Slightly Different
Personally I would create a different routing than Veelo’s design. I would also assemble many quart hectare forests on every shared corners of three neighbouring kindomains. These will make then several three-quart forests arise on the village plot.

The same can be done with lakes or meadows. Especially for a small overpopulated area or country such as the Netherlands, it is an efficiënt use of space. It’ll also create shared maintaince with the neighbours (and thus less work).

Connected Powergrid
And what about creating two main ‘energy points’ in each village that connect to the larger national power grid? There must be some sort of energy distribution channel.

It doesn’t matter if its derived from solar power or wind power, or Earth’s thermo warmth from deeper layers. (Personally I think solar and geothermal heating are our best short term alternatives). 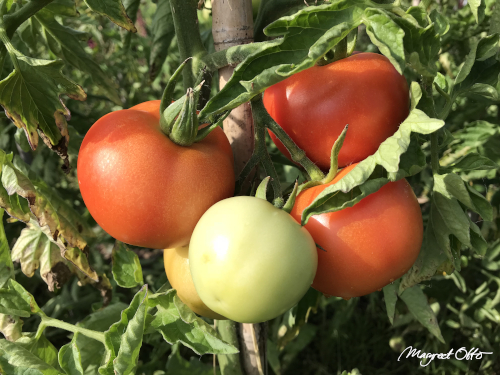 Geothermal network
What is the advantage if an outline for an entire village is set out on the ground at once? It may be possible to construct a neat underground geothermal network in advance. This can extract heat from a shallow earth layer as well as tap deeper layers.

But it must be guaranteed that the latter, leaves the energetic- and ‘skeletton’ layers of the Earth intact. It may not unduly interfere. Perhaps new developing technologies can find a nice middle ground? 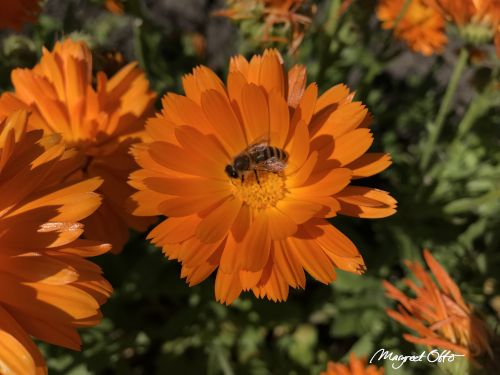 Water Fountain
Would it be nice for the village center to have a water fountain in the middle or something? Probably a cascading one, for instance on piled ancient rocks from the area.

There could be some semi-precious stones in them, such as rock cystals -to activate the water and bring an extra subtile shimmering into it-, and a shallow basin around it for young children to play in. And who does prefer a few terraces around it? Café and restaurant? Once again sold!

What to construct first?
In order to map out an entire FLV on the actual terrain itself, it would probably be wise to ask someone who has experience with measuring large plots of land. This is because for a village one should plan the roads in between the individual shaped parcels of land. Also assessments need to be made of the terrain. One person can’t know it all, right?

Logistics
The roads inside the village should also logistically connect with the surrounding infrastructure of the entire hectare village. Plus there can be even obstacles on and in the terrain. Thus designing a hectare village can be a little bit more complicated compared to the design and lay-out of one hectare alone. However, this shouldn’t hold you back to start with designing your own hectare of land, even when there’s no village yet to connect with. So this is next!

Back to BLOG MENU