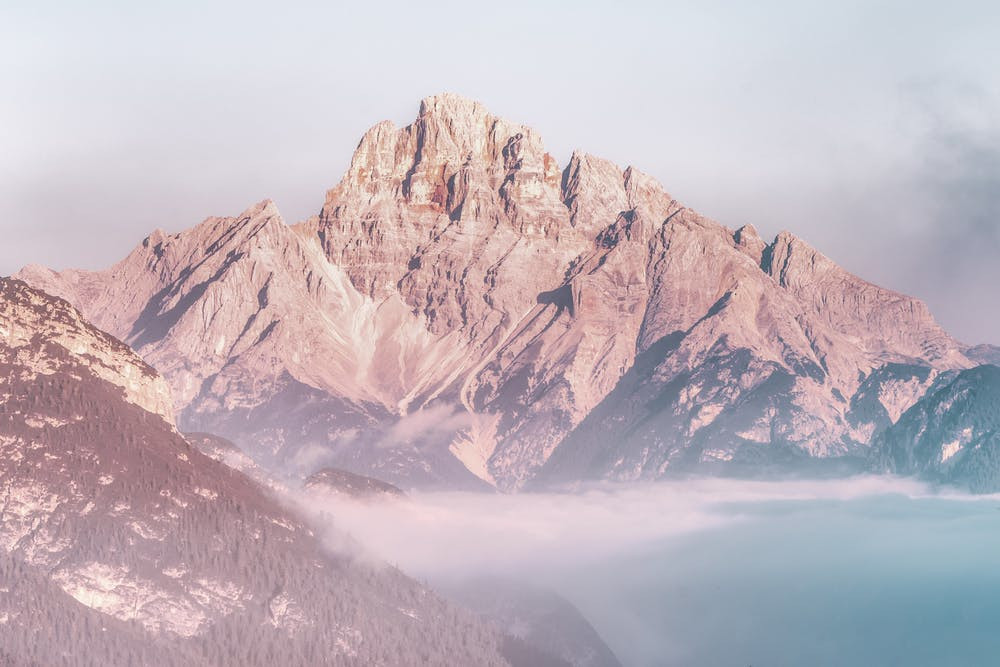 Earth’s Majestic Terrains
So what about Earth’s uneven terrains, especially those majestic peaks that rise high above sealevel, and have formed out of the planets evolutionary growth through volcanic eruptions and all of that?

Get The Picture
It might be the photography of mountains that are of interest, since these depict Earth’s stunning landscapes, the grandeur of enclosed valleys with gigantic mountain columns rising all around, sometimes snowed in their entirety, while in other seasons only the white peaks stand out against a radiant blue sky -or the opposite, the mountains being partly hidden in a grey atmosphere behind slowly drifting elongated fog patches-, clearly reveiling the highest edge of eternal pine forests pointing to the above 2000 meter line where most greenery no longer grows, except maybe some mosses and algal vegetation -the zenith of all Earthly things, human civilization if you will-, places not everyone is able to visit in their lifetime.

Real Adventurers
Yes that was a long sentence. But it had to be. Because it is worth it. Even more so, when the most stunning photography is in place, in this case of Simon Beck, a visual artist who creates gigantic mandala like patterns and beautiful snow drawings in landscapes covered with snow. He does so by walking through them while his footsteps leave their imprints behind. It is of uttermost beauty.

Then actually, words are no longer needed. Although to experience the true dimensions of mountains, one has to climb them or be there. And yes, some adventurers can and do. It could be interesting to create more content on mountains, as they have certainly a lot to tell and they are magnetically inspiring, although this article actually came about initially as a test post for this blog page, but who knows, more content might follow.