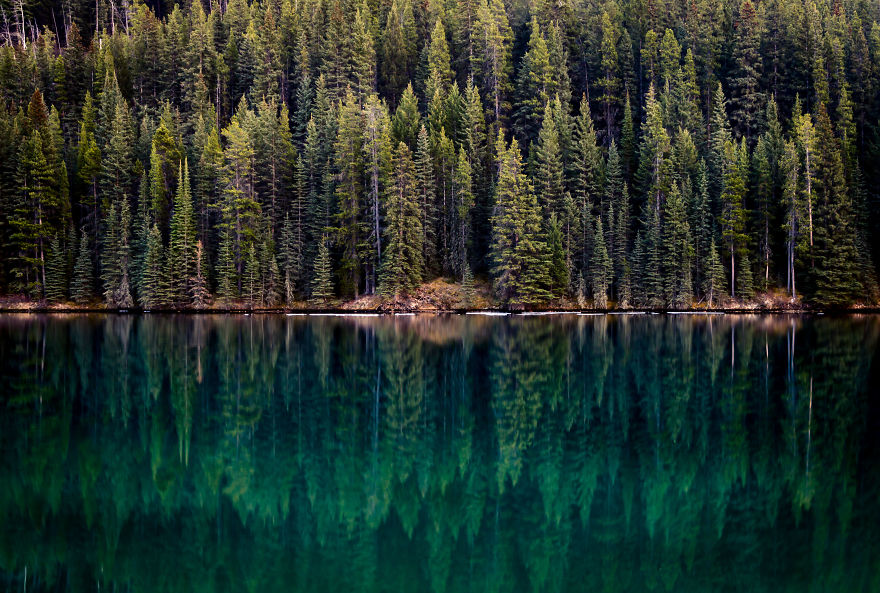 Part 2. Conifers naturally grow in forests, but can also function well as solitary trees, for example in parks, in a row of trees, or as a tall green fence. And in addition to being solitary near houses and high buildings, the trees also adorn in groups, or as a mini forest in parks and gardens. Conifers can also be planted alongside roads, and even function perfectly as a fence for an estate or agricultural land.

Trees as noise barriers, wind barriers and filter walls
As a tree wall around cities and along motorways, Conifers are the best choice for several reasons. Because the trees are evergreen, they retain certain specific functions throughout the year. In this way the trees can function as a buffer for wind and noise, but also filter possible and unwanted ’trace chemicals’ through the dense vegetation. Such particles can be, for example, soot particles from exhaust gases, but also the microscopic wear of rubber car tires, and in addition factory sludge.

Oxygen production
Trees are also a necessity of life. Much of the oxygen we breathe comes from large forests on all continents. Due to the rotation of the Earth, the oxygen produced slowly disperses over the globe.

But with the intensive logging and the dying of oxygen-producing algae in our oceans due to water pollution, as well as forest fires on a large scale worldwide, our oxygen supply can be seriously threatened. So there can only be gained by planting trees, both in the form of forests, as well as in the form of forestry and nature-inclusive agriculture.

Nature recovery
In addition to the production of oxygen (O2), trees and forests also purify air by absorbing carbon dioxide (CO2), bring about soil recovery and maintain water circulation in our ecosystem. This is done through photosynthesis in the leafy green, in which sugar is formed under the influence of sunlight, which is spread through the entire bark through the bark barrels, and also reaches the roots downwards through the trunk.

Rainwater is also sucked deep from the soil by the roots, and the water transport runs upwards through the trunk to the canopy, and the water (H2O) evaporates there, depending on the temperature via the leaf green. This is therefore a self-regulating mechanism that keeps the water and oxygen cycle in balance. In this way trees also contribute to the restoration of the ethereal balance of the earth’s atmosphere.

Soil enrichment
Soil enrichment takes place because of the build-up of a humus layer and the myceleum over the years. This is partly due to the falling leaves in winter that provide the soil with nutrients. Perma culture, including the technique of pruning and spreading branches over the soil and letting waste wood lie, also enriches the soil.

Shadowing
Last but not least, tall trees catch a lot of wind, but also cast their shadow. Do not place these trees close to a house or a road. A guideline for the minimum distance could be the maximum height of the mature trees. In this way, there is less danger even when there is a storm. Logically, trees are not placed in places where you would rather want sun in their drop shadow. On the other hand, for example, food supplies stay cool in sheds that are shaded, and this is also for haystacks, compost heaps, or whatever a possible destination may be. Cattle on pastures during summer heat, thrive also very well in the partial shade.

Also consider the position of the sun. In the north and east relative to the object (in this case the tall trees), sunlight is only in the morning hours. The closer to the tall object (for example, the tall trees or the house), the longer the shade for the rest of the day.

Temperature regulation
In addition, trees and forest formation by shading under the canopy ensure that villages and towns maintain pleasant temperatures during hot summers. In the built-up area, shrubs may be a solution along roads, because they are lower and sometimes multi-rooted. Evergreen shrubs and Conifer forests therefore also provide a habitat for the animal kingdom throughout the year, and are beautiful recreational areas for humans.

Growth
Conifers grow very slowly, especially in their first years of life. Therefore, when planting young trees or for a fence, the space around them should remain free so that sufficient sunlight and water can reach the young Conifers. It must be stated though that saplings love to grow and thrive in the halfshades of taller older trees. Also mature trees thrive in the partial shade, which can be seen in overgrown authentic primeval forests of only one Conifer species.

Young trees can best be placed zigzag in front of each other at such a distance, that the final mature green crowns of all surrounding trees, which grow from all sides, and also grow towards each other, are taken into account. That is also different per Conifer species. The crown of a Norway Spruce or Italian Cypress is high but remains narrow in the shape of a green small column, while the green circumferences of a Cedar and Pine are much wider.

Green living fence
In the case of a tall green fence that is laid in several layers of other types of trees than Conifers, account must also be taken of the possible faster growth of these other species, such as shrubs and fruit trees. So make sure you have enough space.

At high age of Conifers, or after prolonged periods of persistent drought, the trunks sometimes become bare at the bottom due to the loss of a few lower branches. Many deciduous tree species also have bare trunks and no undergrowth. In the case of a fence, the resulting view at eye level can possibly be absorbed with the planting of bushes, shrubs and trees that, once fully grown, are much lower, which means that dense vegetation at human height and taller, is also present.

Recreation
Forest planting also enriches our living environment. It not only gives a pleasant green appearance all year round, but also provides an opportunity for recreation! Nothing better than a walk in the woods and soak up the blissful resinous scents that the trees spread.

Mass planting
With the new hectare management, massive forest planting will be accelerated, and perhaps the quickest, because the largest group of people imaginable, will devote themselves to it with passion, and all the available leisure time. Naturally, that can also happen immediately in the current structure of our society. Where there’s a will, there’s a way.

What will it be like for your country of birth, or for the country you live in now?

Utility of wood
Needless to say, once the forests and woods have regrown worldwide, when there’s plenty of timber to build houses, furniture and numerous utensils, our world will have a total different outlook. Let us hope it is one filled with peace and joy!